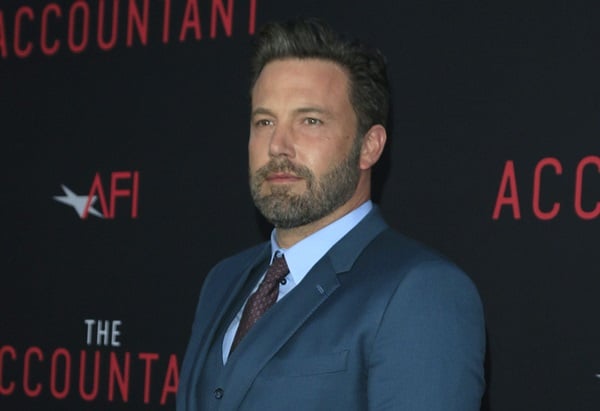 Ben Affleck is distancing himself from Harvey Weinstein – here’s how.

Jodi shares this Hollywood Outsider at 16:08 minutes into the show podcast below.

Ben Affleck is putting his money where his mouth is after pledging to be “part of the solution” in fighting sexual misconduct.

The Justice League star, 45, was asked about his friend Kevin Smith’s decision to donate all future profits from Harvey Weinstein-produced films to charity, and revealed that he would be following suit on Monday.

“It’s funny that you mention that,” Affleck told Fox 5 DC. “Once Kevin suggested that, I decided to do the same thing. So any further residuals that I get from a Miramax or a Weinstein movie will go either to F.I. or to RAINN. One is Film Independent, and the other is a women’s organization.”

He added, “I just didn’t want to cash any more checks from the guy, you know?”