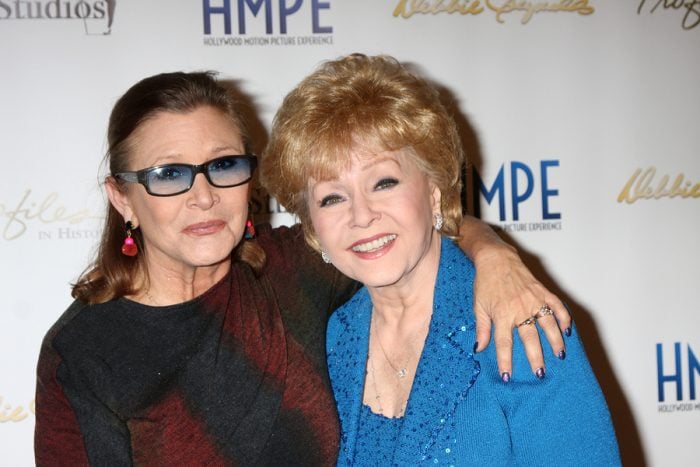 According to USA Today the film is “an intimate portrait of Hollywood royalty … [it] loosely chronicles their lives through interviews, photos, footage and vintage home movies… It culminates in a moving scene, just as Reynolds is preparing to receive the 2015 Screen Actors Guild Life Achievement Award, which Fisher presented to her mom.”

Click here for more on the documentary and Carrie and Debbie’s relationship.