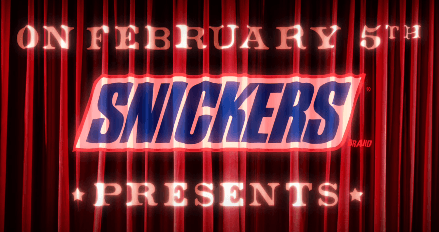 Snickers is known for their hilarious Super Bowl commercials, and this year they are really pushing the envelope and doing something that has NEVER been done before.

For the first time ever, Snickers will air a LIVE commercial during the big game.

The 30-second spot, by BBDO New York, will be performed live in the first ad slot of the third quarter during the Feb. 5 telecast. As previously announced, it will star Adam Driver, one of Hollywood’s fastest rising actors—who parlayed a memorable role in HBO’s Girls into a feature film career that has included playing villain Kylo Ren in Star Wars: The Force Awakens.

No details about the creative were released, though Snickers said the work will be part of a “fully integrated 360 campaign to reinforce the brand’s connection to hunger satisfaction before, during and after Super Bowl LI.”

More than 112 million people will be watching the world’s first live Super Bowl commercial. That’s a lot of pressure for a horse. #SB51

In the world’s first live Super Bowl commercial, there are no small parts, only small actors. #SB51