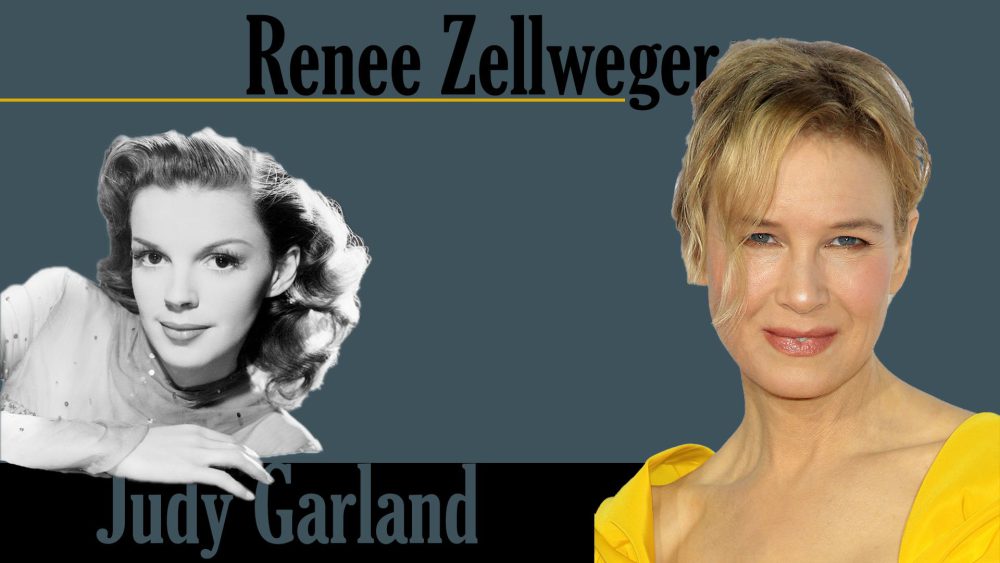 Renee Zellweger showed us she can sing and dance when she did Chicago – but this will be more difficult. But it’s time for this biopic!” -Jodi

Jodi shares this Hollywood Outsider in the show podcast below. [starting at 14:47]

Judy is set in the late 1960s as Garland arrives in the British capital for a run of sell-out concerts at the Talk of the Town nightclub before her untimely death.

Garland died of an accidental overdose in 1969 at age 47 in London.

The movie will recount Garland’s performances, with Zellweger singing some of her best-known numbers — including Somewhere Over the Rainbow from her greatest film success in 1939’s The Wizard of Oz.

After the Show: We visit more with Jodi’s cousin Candice about her list about what she wants out of life.


When you follow the podcast on iTunes or the Google Play store, you get exclusive stuff you won’t hear on the show! (It’s FREE to subscribe)