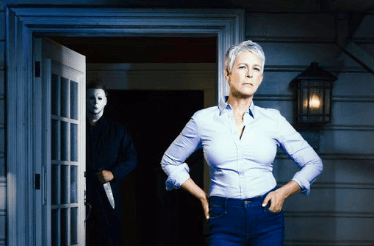 Jamie Lee Curtis will face Michael Myers again in another Halloween sequel, and we are scared.

Jodi has all the details to this Hollywood Outsider at 4:05 minutes into the show podcast below.


According to EMPIRE ONLINE

She’s been back in the franchise before, but Jamie Lee Curtis is looking to have one final encounter with Michael Myers, returning as Laurie Strode for the new sequel to Halloween.

Curtis’ Strode will once again be facing the killer who nearly ended her life decades ago. The latest movie has a US release date set for 19 October next year, and it’ll likely be out around the same time in the UK.