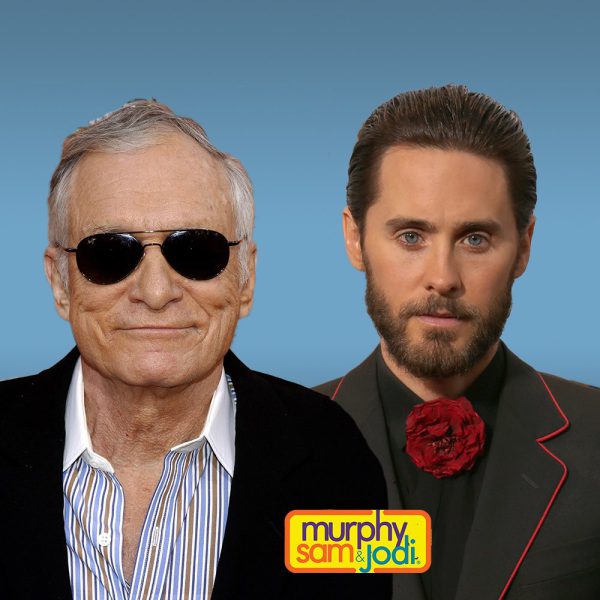 Jared Leto has signed on to play Hugh Hefner in a biopic that’s been years in the making.

Jodi shares this Hollywood Outsider at 14:46 minutes into the show podcast below.

According to The Hollywood Reporter

“Jared is an old friend,” says Ratner, who will direct the film. “When he heard I got the rights to Hef’s story, he told me, ‘I want to play him. I want to understand him.’ And I really believe Jared can do it. He’s one of the great actors of today.”

The project is in early development with Ratner’s RatPac Entertainment. The director-producer has been set on helming the movie since 2007, when it was initially set up at Universal Pictures and Imagine Entertainment.