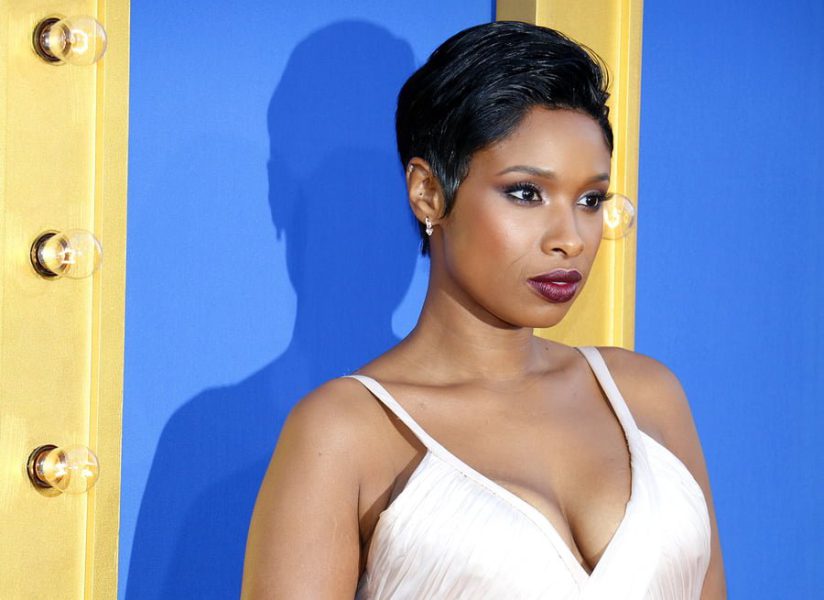 Jennifer Hudson at the Los Angeles premiere of 'Sing' held at the Microsoft Theater in Los Angeles, USA on December 3, 2016.

Look who’s been picked (by Aretha!) to play her in the biopic!!!

Jodi shares this Hollywood Outsider [starting at 30;56] in the show podcast below.

Jennifer Hudson will portray Aretha Franklin in an upcoming biopic about the Queen of Soul, Clive Davis revealed Saturday night at his annual pre-Grammys party.

“When the biopic of the great Aretha Franklin is filmed next year, the artist anointed by Aretha herself to play her is the next performer. Aretha personally told me that last week,” Davis said of Hudson, who – like Franklin – is a protégé of the famed music mogul.

“This artist to us is a transcendent performer. She stops any and every show she’s in. Her voice is truly incredible. When they ask, ‘Where’s the next Aretha, where the next Aretha will come from?’ I say it’s [Hudson]. She’s in the studio right now recording what I hope will be a classic album… she’s in the tradition of Adele, she’s a singer’s singer.”