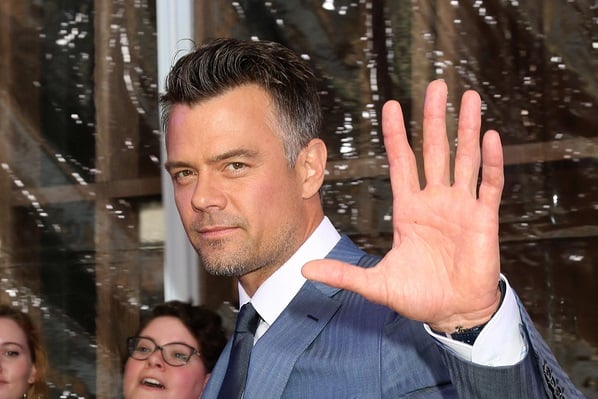 “Liking it when Ex’s can be good to each other this way!”  -Jodi

Jodi shares this Hollywood Outsider in the show podcast below. [starting at 39:17]

The actor, 45, who split with the Black Eyed Peas singer last year, did not hear the performance live and first learned of its poor reception when a friend texted him about the bad reviews.

“I’ve seen the girl sing it several times,” he said on The Dan Patrick Show Thursday. “She crushes the song, so I was surprised to see that she tried what she did,” he added, referencing Fergie’s highly stylized take on “The Star-Spangled Banner.”

“But more than that, I just felt bad for her,” he continued. “There’s an army of trolls out there that are just ready to pounce, and they are not nice. And for that I feel bad, but she’s a really tough girl.”

Still, Duhamel said it was hard not to take the criticism personally. “When somebody you care about is getting hammered like that, it’s not easy,” he explained. “I wanted to defend her too … but I was like, ‘I just got to stay out of this.’ ”

After the Show: Jodi shares what she would have said and who she would have thanked if allowed to speak after MSJ recently receiving a prestigious award.