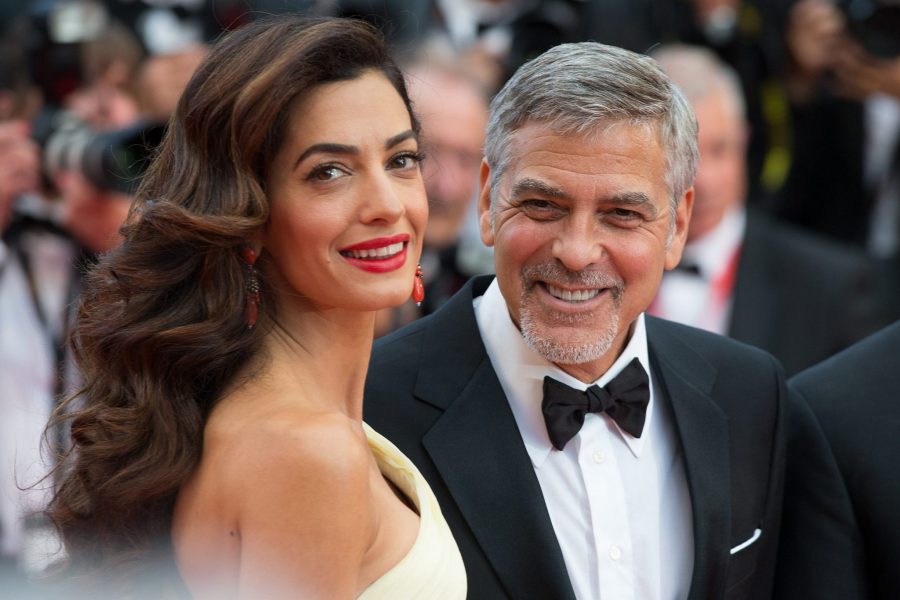 “Can’t you just hear George Clooney using those nicknames on the twins?!”  -Jodi

Many people first encountered Amal Clooney in 2014, on her engagement to George. By then, though, she had already built a notable career as a London barrister in international human rights law—the system through which some of the world’s slipperiest transnational villains, such as ISIS, can be held accountable in court. “I remember all the stages in my career where I almost didn’t have enough confidence to try for something,” she says, “almost didn’t have the guts to follow something I was excited about doing, because I didn’t know anyone else who’d done it or other people made me question it.” Recently she’s tried to help young women approach similarly unconventional paths in law.
“She’s the professional, and I’m the amateur,” says George, who’s done a share of humanitarian work on his own. “I get to see someone at the absolute top of their game doing their job better than anybody I’ve ever seen.” He was not alone in feeling so, and a shower of jokes followed news of their vows across their world. “Internationally Acclaimed Barrister Amal Alamuddin Marries an Actor,” went one version of a popular headline gag. At the 2015 Golden Globes, Tina Fey met their match with a punch line: “Amal is a human rights lawyer who worked on the Enron case, was an adviser to Kofi Annan regarding Syria, and was selected for a three-person U.N. commission,” she said onstage. “So tonight her husband is getting a lifetime-achievement award.” Nobody in the audience seemed to laugh more joyfully than George.