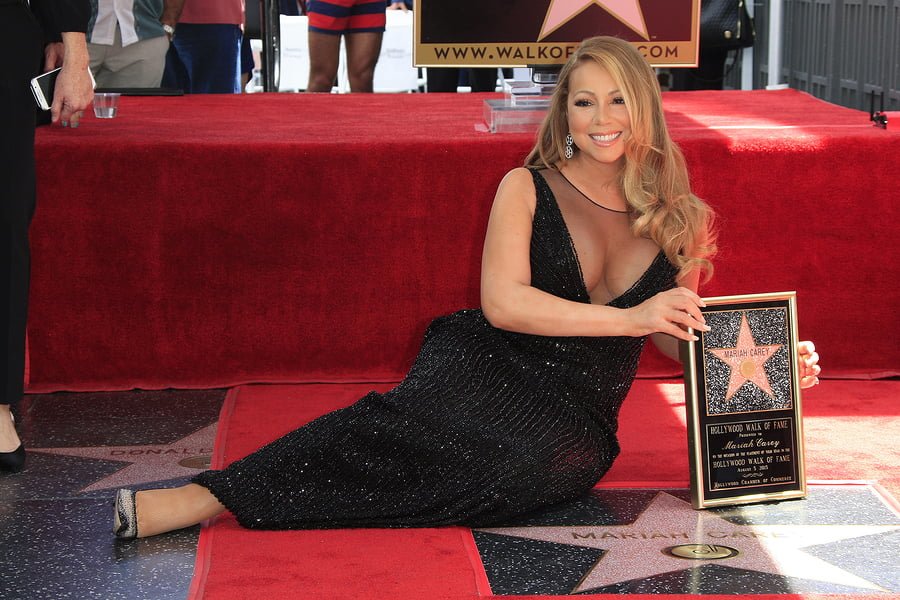 Drama seems to follow Mariah Carey wherever she goes!  After her disastrous NYE performance on “Dick Clark’s New Year’s Rockin’ Eve with Ryan Seacrest” Mariah took to Twitter and seemed to find the humor in it (we won’t share the tweet here b/c she did use one choice word…), but her reps aren’t doing the same.

“[Dick Clark Productions] knew her earpiece wasn’t working and sent her on stage regardless,” a Carey source tells PEOPLE.

“It was sloppy and unprofessional on their part. Their statement says they didn’t intentionally sabotage her but it doesn’t apologize for failing to do a good job producing her performance, which is what happened. Her team knows that there are sometimes technical issues with live performances.”

Bulochnikov she asked an official with DCP not to air the performance on the West Coast, but her request was denied.

Dick Clark Productions said in a statement to PEOPLE: “To suggest that DCP… would ever intentionally compromise the success of any artist is defamatory, outrageous and frankly absurd.”  They attribute it to technical errors and live TV.

The Weekend Replay PODCAST: Valentine’s Day advice for those who aren’t good at it / Why was a pig on the side of the road? / Grocery store moms

Valentine's Day advice for those who aren't good at... Read More.

After The Show PODCAST: That’s The Ticket.

The Ticketmaster ticket issue we may all be seeing... Read More.

When a friend gets divorced, is it what they... Read More.
Previous Next