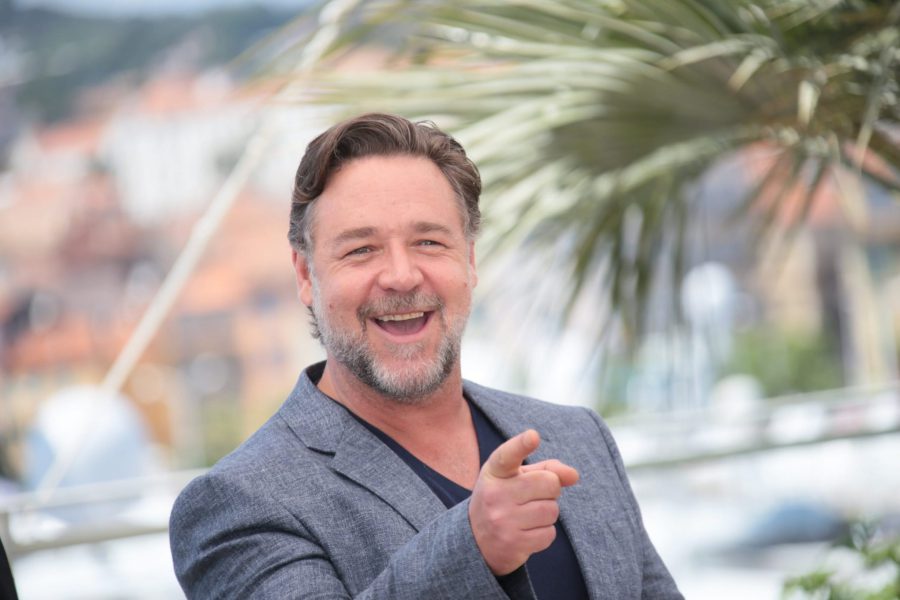 Russell Crowe making selfies at The Nice Guys' photocall during the 69th annual Cannes Film Festival at the Palais des Festivals on May 15, 2016 in Cannes .

Well this is different!

Jodi shares this Hollywood Outsider in the show podcast below. [starting at 13:12]

According to Vanity Fair

Auctions and divorces of the rich and famed have something in common: they tend to be cloak-and-dagger affairs completed in private and taken public only when they must be, if they must be taken public at all. Russell Crowe and his soon-to-be ex-wife, actress Danielle Spencer, however, are not typical rich-and-famed acteurs. Their divorce, nearly finalized after their separation five years ago, will dovetail nicely with a public auction at Sotheby’s Australia called, “The Art of Divorce.” The catalogue cover shows Crowe toasting the viewer with what appears to be a Manhattan cocktail looking very much like he’s trying to sell you a luxury watch. Which, in fact, he is. 29 of them, in fact.

An estimated $50,000 Vacheron Constantin, “a fine and rare platinum automatic wristwatch,” is among the 227 lots of fine art, antique vehicles, furniture, jewelry, musical instruments, and film paraphernalia available for bidding on April 7, 2018, a significant date in house Crowe because it’s both his birthday (he’s turning 54) and wedding anniversary (it will be their 15th). If these two retain nothing else after selling off all this stuff, at least they will have their sense for flare.

After the Show: We continue with the best musicals, new or old. This one in particular is very special to Jodi. Here’s why…