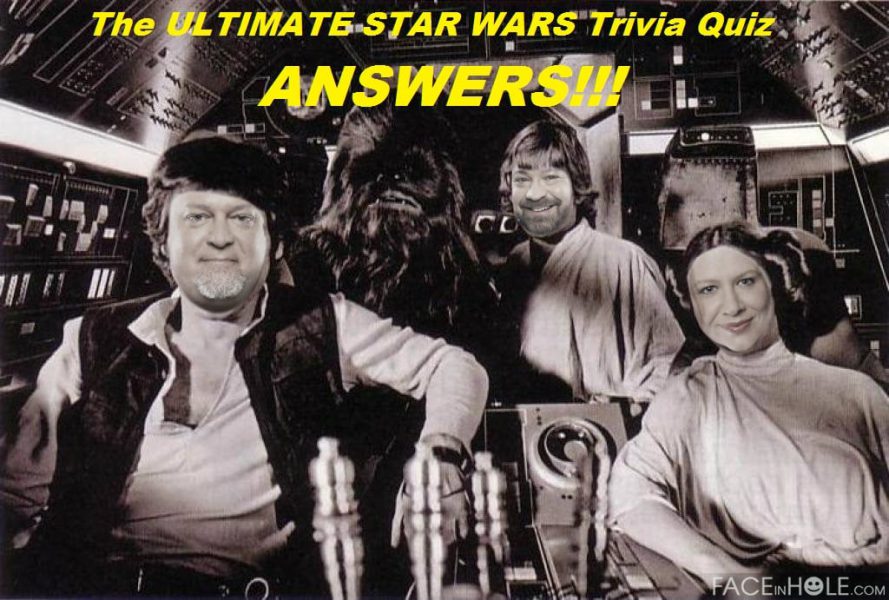 2. Which of these last names does Leia NOT have a family connection to?

5. Obi-Wan learned to become one with the force from:

6. How tall is Chewbacca?

7. Young Anakin Skywalker podraced in the:

9. Who did Leia kiss first?

11. What is the name of Luke’s childhood best friend, who later served alongside him in the Rebellion?

12. In how many forms of communication is C-3PO fluent?

13. Han Solo obtains the rank of ____ during the Galactic Civil War.

15. Lando lost the Millenium Falcon to Han during a:

16. How old was Padme when she became queen?

17. Obi-Wan Kenobi was born on the planet of:

18. What color lasers do X-Wings shoot?

19. Which of these species’ names is NEVER mentioned in the films?

20. Yoda claims that Luke’s training will not be complete until he: