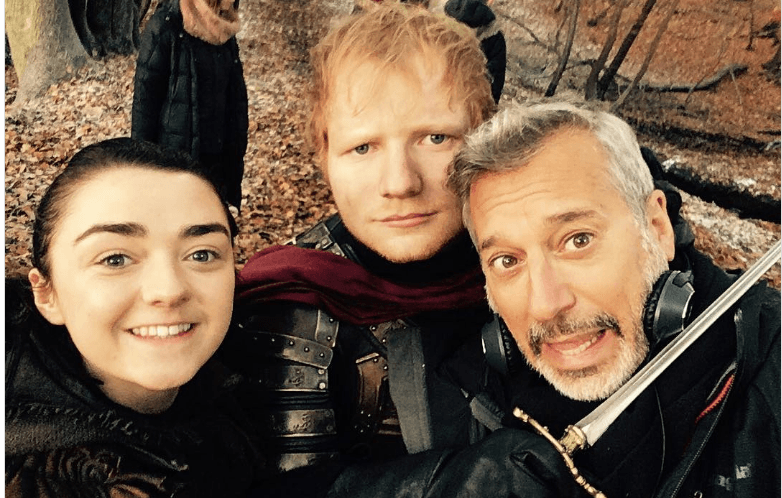 Ed Sheeran on #got is like when the Harlem Globetrotters were on Scooby Doo. It’s like what’re we doing here?

Ed Sheeran’s going to meet Brandon Stark and be like “when your legs don’t work like they used to before” 😩. #GameofThrones #ThronesYall

Plot Twist: Ed Sheeran ends up on the iron throne. #got #gameofthones