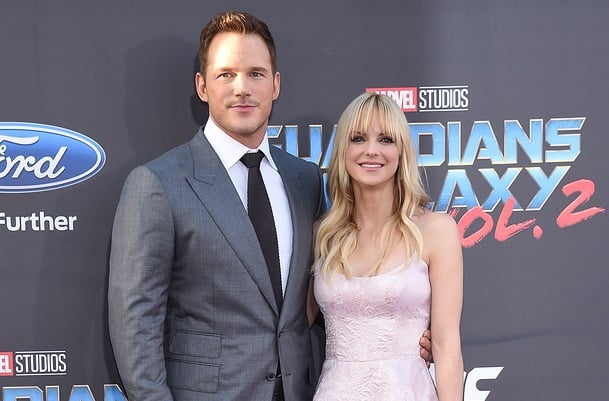 LOS ANGELES - APR 19: Chris Pratt and Anna Faris arrives for the "Guardians of the Galaxy Vol. 2" World Premiere on April 19, 2017 in Hollywood, CA

‘We Tried Hard for a Long Time’

Jodi shares this Hollywood Outsider in today’s show podcast at 13:44 minutes in.

Chris Pratt and Anna Faris have decided to go their seperate ways after 8 years of marriage.

“Anna and I are sad to announce we are legally separating,” Pratt wrote in a joint statement shared on Facebook on Sunday. “We tried hard for a long time, and we’re really disappointed.

“Our son has two parents who love him very much and for his sake we want to keep this situation as private as possible moving forward,” he continued. “We still have love for each other, will always cherish our time together and continue to have the deepest respect for one another.”

There had been rumors of tension between the couple over the past year, and Pratt was recently spotted without his wedding ring in public.

When you follow our podcast on iTunes or the Google Play store, you get exclusive stuff you won’t hear on the show! (And it’s FREE to subscribe)

What no one knows about George Michael's song Last... Read More.

Why are Legos SO Expensive?! / More of your odd but special Christmas traditions / How to keep your PETS out of your tree

Why are Legos SO expensive?! More of your ODD but... Read More.

After The Show PODCAST: Sam’s GROWN UP Christmas Wish.

Keep the WOW time!  Find out who taught Jodi a... Read More.
Previous Next