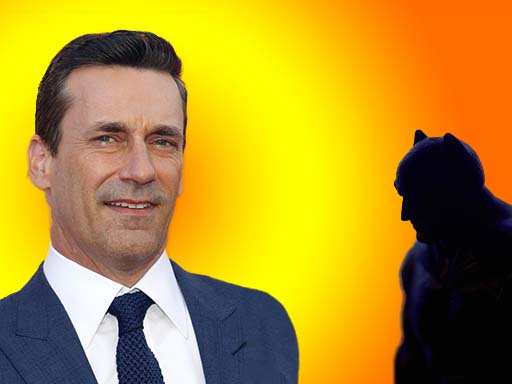 According to Fox News

Jon Hamm isn’t shying away from speculation that he wants to take on a certain super-sized role.

“I’ve had rumors about that since probably  – since season one of ‘Mad Men,’” he said. “I’ve never – I’ve never had a conversation with anybody about it. Literally. And I’ve sat in the rooms with all these guys.”

Hamm added, “Never been offered anything. I think the internet wants what it wants. Can’t control the internet.”

“So there’s a lot of interesting things out there,” he explained. “But it depends on the story, you know? It all comes down to the story.”

Hamm continued, “I’d probably fit the suit, you know? I have to – I’d have to work out a lot, which I don’t love.”